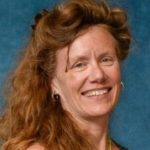 Now that the health care sector is focusing on social determinants of health (SDOH) in older adults and actively pursuing partnerships with community-based organizations (CBOs) to meet a surging demand for supportive services, it’s an excellent time to ask: What do we already know from key demonstration programs in this space?

Some of the best evidence—both from the standpoint of challenges encountered and also of achievements realized—comes from a five-year demonstration enacted as part of the Affordable Care Act (ACA): The Community-based Care Transitions Program (CCTP).

Administered by the Centers for Medicare & Medicaid Services (CMS), the CCTP was bold and ambitious and was among the six original initiatives funded under the authority of the Center for Medicare & Medicaid Innovation (CMMI). Starting in 2012, 101 CBOs—mainly Area Agencies on Aging (AAAs)—began to receive funding to partner with hospitals to offer transitional care services. CBOs were reimbursed for each beneficiary receiving transition services; amounts were based on an agreed-upon, all-inclusive rate per eligible discharge.

The survey was developed by N3C members and was completed by a convenience sample of CCTP participants. The survey was disseminated to the National CCTP Coalition, which included successful CCTP sites that received continued funding from CMS and was convened by Aging & In-Home Services of Northeast Indiana, Inc. The survey was also disseminated broadly via the National Association of Area Agencies on Aging and the Aging and Disability Business Institute to capture input from other CCTP participants. The authors reviewed all responses, edited examples for clarity and grammar, and conferred on themes. All respondents have had the opportunity to review this report.

A first-of-its-kind program for CMS, the CCTP asked CBOs to target high-risk Medicare beneficiaries who were transitioning from the hospital back to their homes. Once they identified willing participants, CBOs worked to provide individually tailored supports in the community. For CBOs, the goals were twofold: 1) to improve the quality of care for Medicare beneficiaries at a highly vulnerable time; and 2) to reduce their risk of returning to the hospital. For hospitals, the primary goal was to reduce all-cause readmission rates, and thereby lower their risk of paying financial penalties that were also enacted as part of the ACA. For CMS, the measurement metrics for what counted as success for CCTP sites focused on whether they achieved a target of lowering 30-day all-cause readmission rates in participating hospitals by 20%, regardless of whether baseline admission rates were high or low and regardless of how many individuals the CCTP program touched.

This 20% reduction goal exceeded the ability of many community-based organizations that did not already have close working relationships with participating hospitals (many did not); that lacked compatible information technology (which greatly hampered data sharing); and that did not have staff already trained in transitions protocols (primarily the Coleman care transitions intervention), which for some proved more costly to implement than anticipated. These and other start-up structural difficulties caused many CBOs to lose momentum, and many were not continued after the initial period.

Nevertheless, 44 CBOs continued to be funded and to operate through 2015. Those that did devised strategies for delivering comprehensive services post-discharge in beneficiaries’ homes, including helping them obtain assistance with personal care and household tasks they could not manage. The official CMS evaluation conducted by Econometrica focused mainly on readmissions, rather than close analysis of the actual interventions and lessons learned by both participating CBOs and hospitals in collaborating to manage complex, high-risk beneficiaries. Information from beneficiaries on their experience with the program was not collected.

To gain additional insights from CBOs, the National Coalition on Care Coordination and the Center for Health and Social Care Integration surveyed the more successful CCTP sites in late 2018 and 2019. The focus of this survey was to elicit additional information from CBOs about the basic structure of their programs, the nature of the adaptations they made to partner with hospitals, and the challenges they struggled with most, along with observations about what they have been able to take forward. Many of these responses suggest that CCTP opened the door for CBOs to make key improvements to the way that health care and care transition services are coordinated and delivered. As a result, hospitals and CBOs gradually became more efficient at communicating critical information about patients; relationships between medical and CBO staff improved; and referral processes solidified over time.

These adaptations and quiet successes can be seen in the continuing work that CBOs are now pursuing. For example, several CBOs that participated in the CCTP are now involved in CMMI’s Accountable Health Communities demonstration. More broadly, there is a clear push to organize AAAs into larger networks, both within states and more recently across states, to better leverage contracts with large health care organizations. This work is one of the legacies of collaborative work that was launched by the CCTP program.

Within the confines of the five year CCTP demonstration, CCTP sites made solid gains in driving down readmission rates and in lowering Medicare spending. For example, CMS’ final evaluation found that the average Medicare Part A and Part B expenditures over all sites was $634 or 8.23 percent lower in the 30 days after discharge for participants relative to matched comparisons. In the process of learning how to collaborate closely with hospitals on care transitions, CBOs developed better clinical protocols and increased their field capacity, thereby gaining experience in taking on contracts and acquiring valuable insights about how to market their services. The growing sophistication of the Aging Network is evident in the ongoing work of the National Association of Area Agencies on Aging’s Aging and Disability Business Institute. As more and more health care organizations look for ways to better control the costs of complex, aging Medicare and Medicaid beneficiaries, prospects for CBOs that can position themselves as nimble, flexible, business-savvy partners are excellent. As the Medicare population steadily increases in size and as the “longevity wave” takes hold, CBOs are in a prime position to expand their services footprint exponentially.

For a detailed overview of CBO experience with the CCTP as reported by participating sites, please click here to access the survey responses. Two of the interesting summaries from the overview are presented here:

The Four Overarching Themes from the Participant Surveys

One Response to “What They Did: CBOs and the Community-based Care Transitions Program”