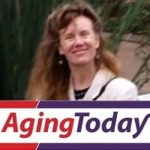 In America and worldwide, the “age wave” has gathered in force—no more so than in Japan, where 27 percent of the population is already older than age 65, a number that will rise to 40 percent by 2060. Policymakers, spurred by widespread public interest in Gratton and Scott’s influential book, “The 100-Year Life” (London, UK: Bloomsbury Publishing, 2016), recently em¬braced this stark demographic fact.

Japan’s Prime Minister Shinzo Abe in 2017 convened a “Council for Designing 100-Year Life Soci¬ety,” directing members to expand “social security for people across all generations,” and institute free early childhood education and daycare and other “measures to secure the necessary caregiv¬ing personnel for reducing the number of people who leave employment to provide nursing care to zero.” The Council has met nine times, each time chaired by Abe.

A relatively new advocacy community that has sprung up to support family caregivers wel¬comed Abe’s efforts. Founded in 2010, the nonprofit organization Carers Japan has developed ini¬tiatives and objectives, notably enactment of a law to outline carers’ rights. The organization is helping and advising the Liberal Democratic Party, and others, to set up a parliamentary group for carers. Carers Japan also is sponsoring study groups for local politicians interested in amending city regulations to champion carers’ needs and priorities.

In the labor sector, advocates are pressing for added employment flexibility, to make it possible for carers to both work and support an ill or disabled loved one living at home. A recent change al¬lows Japanese workers supporting family members who need full-time medical care to take unpaid leave in up to three installments (https://www.igloballaw.com/japan-annual-update-expected-labour-law-changes-in-2017/). The maximum leave for years has been 93 days, and the legal entitlement belongs to the cared-for person, who has that amount of time to spend across his or her lifetime, which family members may use (https://www.oecd.org/els/soc/PF2_3_Additional_leave_entitlements_of_working_parents.pdf). Japanese companies are not required to pay employees during family care leave; if no wages are paid or only a partial wage below 80 percent of the worker’s base wage is paid, an employee can draw 40 percent to 80 percent of his or her base pay from unemployment insurance (https://www.oecd.org/els/health-systems/47884889.pdf).

These issues are becoming more prominent in many other countries. In the Middle East, Care¬givers Israel, launched in 2014, formed solid corporate relationships, and sponsors advocacy ini¬tiatives focused on paid and sick leave, new social security support for those caring for an ill family member and severance pay for people who must leave employment to care for a disabled family member.

In Asia, Carers Hong Kong formed to engage the government on pressing challenges—the need to invest in building a much larger workforce of paid aides, nurses and other personnel to support older adults and individuals with disabilities. In Europe, Carers Denmark organized in 2014 around a “Carers Charter,” which includes developing standardized caregiver training; creating caregiver consultants in all local municipalities to organize respite and daycare, and to conduct outreach to families and carers; and promulgating policies for political parties that speak to carers’ “rights and circumstances.”

Progress Being Made, but Challenges Remain

Making sustained gains that support family caregivers requires investing in more reliable communi¬ty services, and realizing a clearer understanding of family caregiver needs and wants. Underfunded community care and fragmented medical and community services across multiple providers and siloed settings could easily thwart significant progress. This is a particular challenge for America, where accountability for “whole person care” remains diffuse and elusive. Further reforms to promote employment flexibility—unpaid leave and teleworking—are needed, along with more focused pol¬icy discussions about the importance of paid leave to support family caregivers and people strug¬gling to cope with unexpected periods of illness and disability.

Among Organisation of Economic Co-operation and Development (OECD) nations, the U.K. has the richest history of advocacy and political work on behalf of carers. Founded in 1988, Carers UK is a continuation of earlier organizations, including the National Council for the Single Woman and Her Dependants, which secured the first tax benefit for carers in 1967, the Dependant Relative Tax Allowance. Following devolution 30 years later, Carers UK expanded into associated organiza¬tions—Carers Wales, Carers Scotland and Carers Northern Ireland.

Today, Carers UK champions rights to paid care leave and increased flexibility in the labor mar¬ket. Its 2013 report, The Case for Care Leave (https://www.carersuk.org/for-professionals/policy/policy-library/the-case-for-care-leave), notes that “with the public expenditure costs of carers feeling unable to continue to work estimated at £1.3 billion a year, it is crucial that we take steps to help carers in work. There is an opportunity to turn these losses into economic gains, with public finances seeing an estimated £1 billion in additional tax revenues if car¬ers can be supported back into the workplace.”

The report argued that “a statutory entitlement to care leave would help many carers to juggle their caring responsibilities with work in a sustainable and manageable way, making them more productive and less stressed, and saving businesses and the economy money in the long run.”

In the healthcare sector, policymakers are preparing to issue in November 2018 a new Long-Term Plan for England’s National Health Service (NHS), which will extend until 2028 (https://www.england.nhs.uk/long-term-plan/). Carers UK and other advocacy and political organizations are consulting with government officials to help shape the NHS plan with regard to carers.

Though “caregiver strategies” are being developed in various countries, a 2016 OECD chart (https://www.oecd.org/els/soc/PF2_3_Additional_leave_entitlements_of_working_parents.pdf; p. 5-12) makes clear that countries are all over the map on how they structure care¬giver leave rights. Italy allows two years of paid leave over an employee’s lifetime, at 100 percent of earnings up to a ceiling, and Sweden provides paid leave at 80 percent of earnings up to a ceiling in episodes that can be up to 100 days. Cyprus allows only seven days of unpaid leave per year. The United States, under the Family Medical Leave Act, provides up to 12 weeks of unpaid leave for employees who have a year’s worth of service and work for medium-size and large firms.

Currently pending in the U.S. Congress is the Family and Medical Insurance Leave Act, which would provide paid leave for up to 60 days a year. Several states, including California, New Jersey, Hawaii, Rhode Island, New York and the District of Columbia, have already enacted state paid leave programs (http://www.nationalpartnership.org/research-library/work-family/coalition/family-act-faq.pdf).

In recent developments, the Progressive Policy Think Tank’s 2016 report, Caring for Our Carers: An International Perspective on Policy Developments in the UK (https://www.ippr.org/juncture/caring-for-our-carers), notes that “Australia’s and Canada’s Human Rights Commissions are leading the way in emphasising what a human rights approach to care and caring can bring, in starting to articulate a right to care, and in setting out the frameworks needed to make caring a real choice for carers and those needing sup-port.” The report also notes that “Japan, Germany, France, Belgium, Sweden and other countries are now using their long-term-care insurance schemes and tax systems to stimulate the develop¬ment of a wider range of care, household and personal services to ensure there is good support for care at home.” In America, there are plans to craft a federal blueprint for action following enact¬ment of the RAISE Family Caregivers Act in early 2018 (https://www.congress.gov/bill/115th-congress/house-bill/3759/actions).

In Europe today, there are an estimated 100 million caregivers, according to Carers UK. In Amer¬ica, though estimates vary, the number of family caregivers supporting older adults is reported to be about 44 million. In other surveys, four in 10 Americans report they are caregivers (https://archrespite.org/images/docs/Outside_Reports/PewResearch_FamilyCaregivers.pdf); in Canada, half of the population reports having provided support to a chronically ill or disabled loved one or friend at some point during their life (https://www150.statcan.gc.ca/n1/en/pub/89-652-x/89-652-x2013001-eng.pdf?st=MHJbYU_O). The reach of politically organized family caregivers seems primed to grow—and for families across the globe, that’s good news.